Can You Take CBD Oil and Antidepressants 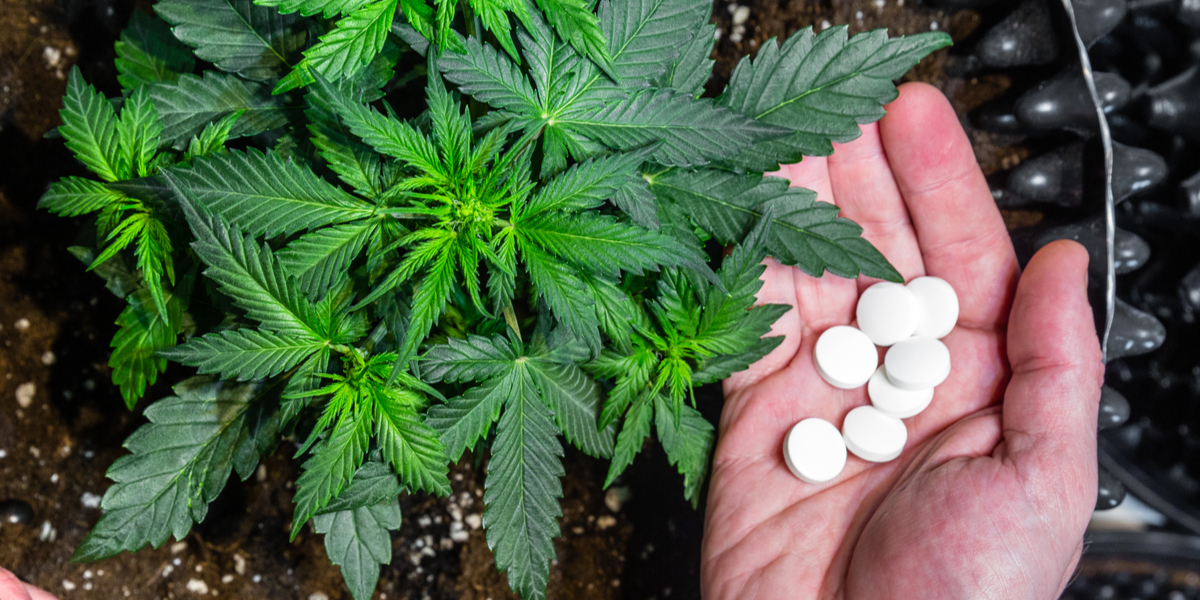 One of the most often quoted uses for CBD in recent years has been its possible effectivity in combating mental illnesses. Many users have claimed that they have felt positive results after integrating this hemp substance in their life. But many first-time are hesitant about mixing CBD oil and antidepressants together.

Information online about cannabidiol’s potential ability to improve one’s mental health can vary. Users taking antidepressants should take the extra step for learning about this hemp compound before using CBD oil and antidepressants.

One of the many compounds found in the cannabis sativa plant is cannabidiol, or CBD. As there are more than a hundred compounds within this plant, people often confuse the elements with one another.

People most often confuse CBD with THC. Although there are many differences that clearly separate these two elements from one another, the most crucial separating factor is their respective psychoactive effects.

THC is what causes marijuana’s infamous “high.” The amount of THC in a product determines how “high” users will be after using it. On the other hand, cannabidiol is non-psychoactive and no amount can lead users to feel a sense of intoxication.

CBD oil is a hemp-derived extract with cannabidiol as the main ingredient. Depending on the extraction method that companies use, cannabidiol oil may contain varying combinations of elements from the hemp plant.

Broad-spectrum oil still stimulates the entourage effect but does not contain any THC. This is the ideal alternative for users that have a sensitivity to THC or live in states with stricter laws.

There have been many studies that document cannabidiol’s potential as an anti-anxiety product. Can people safely use CBD oil and antidepressants together? Whether the benefits of CBD still occur whilst users are simultaneously on antidepressants is not completely known.

Researchers in the field of psychology and brain science all agree that there is no singular, universal cause for depression. The development of this mental illness differs from person to person.

However, persistent research has allowed scientists to gather some common causes that may trigger depression and anxiety.

One of the most typical triggers for depression is difficult life events. Prolonged challenges like long-term unemployment or abusive relationships can lead to depression. People who are already at risk by having depressive tendencies may also be triggered by stressful events.

Like all mental illnesses, the individual factors that lead to the development of depression are very important in tracing the root causes.

Scientific evidence suggests that depression often runs in families because of some genetic factors. People with specific genes may have a higher risk of developing depression compared to others. It is important to note, however, that this does not mean that all descendants will suffer from depression eventually. Scientists are merely suggesting that these individuals may have a higher chance of experiencing depression.

Another factor to consider is an individual’s personality. Individuals who have low self-esteem or are constantly anxious may develop depression.

Similarly, patients who are suffering from serious medical illnesses can also develop depression. Patients risk developing depression due to the intense stress and exhaustion they experience throughout their treatment.

Even though the most frequently used answer to the question of what causes depression is a supposed “chemical imbalance in the brain,” this explanation falls short. There are many reasons that lead to a person’s developing depression and scientists are uncovering more answers every year.

If one where to search for cannabidiol’s potential benefits online, they would find article after article on the compound’s positive side effects when it comes to mood improvement. Users with anxiety often claim that this hemp compound has provided them with a much-needed sense of calmness.

But a significant question still remains: can you take CBD oil and antidepressants together?

In general, it is safe to use CBD with antidepressants. Users should speak to their doctor about the specifics of dosage and frequency to avoid any negative side effects.

Nevertheless, there are still some important points that users should take note of before making their cannabidiol oil purchases.

Within the United States, cannabidiol products are not regulated by the FDA. Currently, the only product that has received FDA-approval is for epilepsy. Due to the lack of regulation, the hemp community is frequently plagued by mislabeling and cross-contamination. This makes mixing CBD oil and antidepressants that much more difficult.

The unlisted or wrongly listed components may lead to a negative reaction with the user’s prescribed medication. Some brands also inaccurately list the amount of THC within their product, stating trace amounts even though their oils contain a high concentration of the compound.

Many people with depression avoid THC altogether or specific cannabis strains as they are classified as depressants. These products do not cause depression per se, but the lowering of the mood may be undesirable for many users suffering from depression.

In the same vein, customers should also consider the hypothetical drug interactions between cannabidiol products and their prescribed antidepressant medications.

Once cannabidiol enters the endocannabinoid system in the body (ECS), it may interact with two specific enzymes that produce effects. Enzymes are proteins that speed up the chemical reaction of the body and are responsible for metabolizing antidepressants.

The interaction between CBD and this enzyme may heighten the effects of anti-anxiety medication. Users may then start to feel more sluggish than relaxed, which is an excessive reaction to their medication.

Cannabidiol may likewise interact with serotonin reuptake inhibitors (SSRIs). Some psychiatric medications specifically target these serotonin receptors to increase their count in the brain. An increase in serotonin levels improves the general mood of users, but adding doses of CBD to this regiment may instead lead to negative side effects.

Although the chances that taking controlled, responsible doses of cannabidiol alongside prescribed medication will lead to drastically bad consequences, users should still exercise caution. Before adding taking CBD with antidepressants, users should consult with their doctor.

Below are all the important nitty-gritty details for users thinking of mixing CBD with their antidepressants.

How long to wait before taking antidepressants after CBD?

It is advisable not to take these two components together as it may lead to a drop in blood pressure. Users should make sure that there is at least an hour in between consuming either product. Consult a medical physician before mixing CBD oil and antidepressants together.

Is it dangerous to mix CBD oil and antidepressant?

Generally, it is not dangerous to mix CBD oil with antidepressants. However, if the user is undergoing an incredibly strict medical regiment, adding cannabidiol into the mix might create a chemical imbalance.

What are the consequences of taking antidepressants with CBD oil?

The worst-case scenario users may encounter if they mix CBD oil with antidepressants is a rapid drop in blood pressure. If a user’s blood pressure drops dramatically after using these two substances together, they might begin to feel dizzy and even faint.

Is CBD oil better for depression than antidepressants?

Although high-quality cannabidiol oil is made of mostly organic material and carefully extracted hemp extract, these products have not been made to specifically target depression. 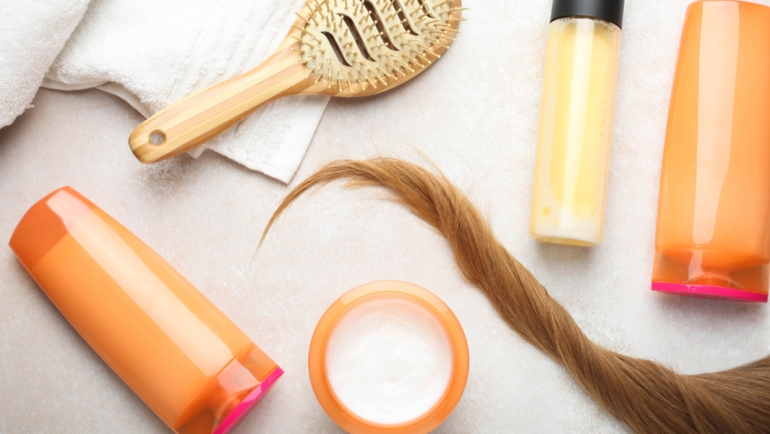 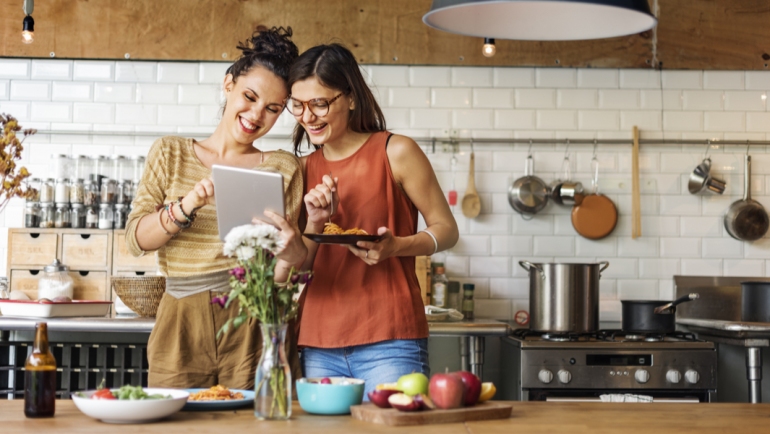 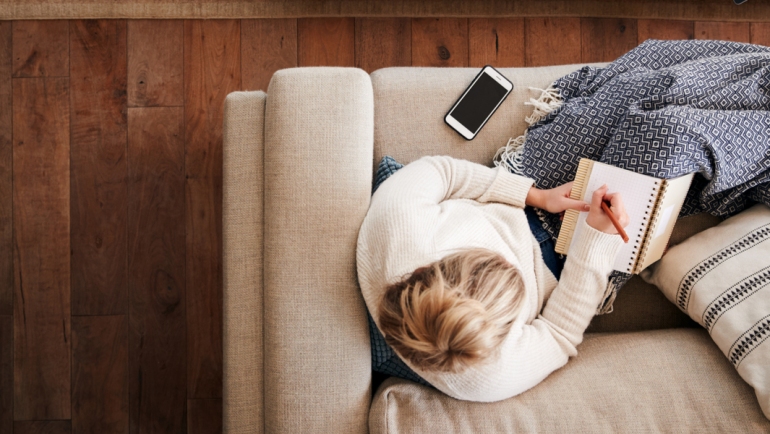 How to Avoid Work from Home Burnout