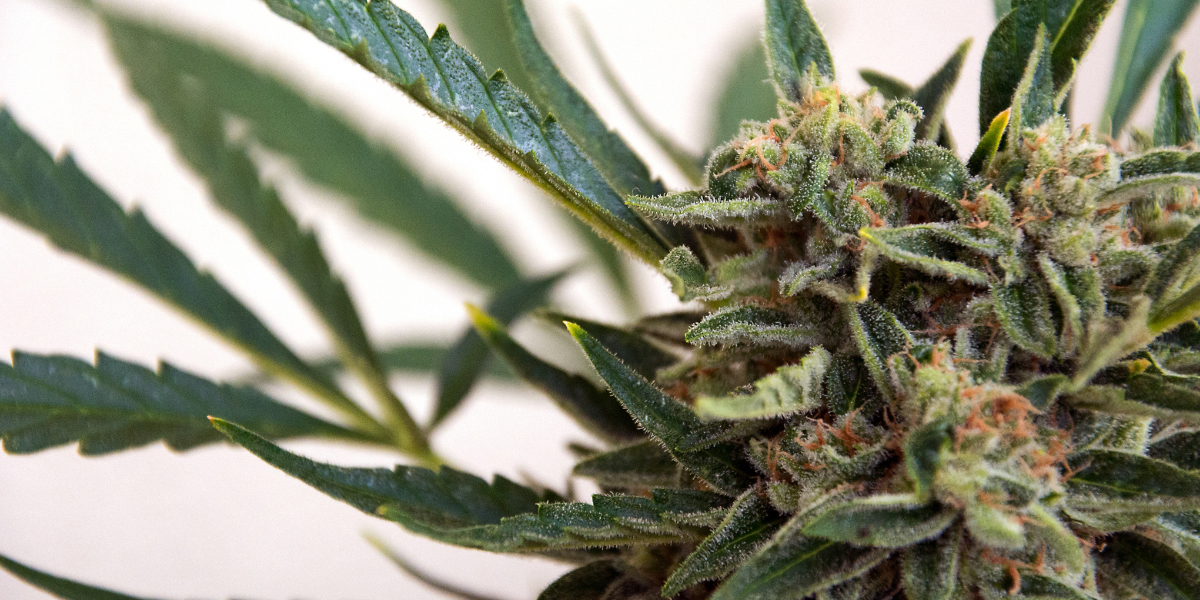 Are hemp and marijuana interchangeable terms? After CBD products rose to popularity, casual readers find themselves curious and want to read up on the topic. The problem is, some publications use the terms as if they’re one and the same.

Read on to get a better understanding between the two and how to clearly differentiate them.

Hemp is one of the oldest plants mankind has cultivated. Its existence goes all the way back to 10,000 BCE. The Yangshao people from China wove hemp to create rope and decorate their pottery.

Other evidence points to hemp extending to Japan in 5000 BCE. The Japanese grew hemp to create paper until 300 BCE.

As one of the fastest growing plants, hemp is one of the strains of cannabis sativa. Hemp has a wide variety of uses like fiber, protein, and oils. These extractable components can make building materials like paper, clothing, rope, and fabric.

Although hemp contains trace amounts of tetrahydrocannabinol (THC), consuming it does not cause a high. Hemp does not produce enough THC to alter a person’s state of mind. Most legalized forms of CBD products contain hemp with less than 0.3% THC.

People can use hemp derived products for its health benefits. The most popular hemp product is CBD oil. CBD oil contains non-intoxicating cannabinoids which can provide pain relief and symptom management for a number of ailments. Its anti-inflammatory property can also cure arthritis.

Studies claim that these side effects can lead to better physical and mental health.

Hemp seed oil is rich in minerals, protein, and vitamins, so you can use hemp plants as a food product. Hemp proteins are more digestible than soy proteins, making it a healthier alternative.

History records highlight the essential role hemp played in the advancement of mankind throughout the centuries. After the Controlled Substances Act of 1970, the hemp industry nearly died out. But thanks to the 2014 Farm Bill, the crop is now rising again and making its mark as an indispensable resource that can help millions.

The dried flowers of the cannabis plant sativa go by many names. Weed, pot, grass, MJ, and Mary Jane, to name a few. Regardless, the majority of the human population call it marijuana.

Marijuana is a recreational drug and there are many ways to use it. You can smoke marijuana through rolled cigarettes called joints, ingest it through brownies, or even brew it like your everyday morning tea. Introducing this substance to the human body produces a high because it contains sufficient amounts of the active ingredient THC to put one in a state of euphoria.

The existence of marijuana dates back for thousands of years but many countries only deemed it illegal during the 20th century. They reason out that it is to prevent the risk of substance abuse, but there were exceptions made to medical marijuana. Only those who were prescribed medical marijuana by a licensed physician for a clear medical purpose can use it.

Federal laws in several states, on the other hand, still consider possession and distribution of marijuana illegal. This is regardless of its medicinal purpose.

Increasing studies are showing that this drug can possibly treat, cure, or prevent ailments like epilepsy and cancer. However, no institute has released definitive claims about medical marijuana or the effects of cannabis.

The National Institute on Drug Abuse is concerned about the risk of substance abuse that the drug brings, which is why some places in the United States are apprehensive on fully legalizing cannabis products for public consumption.

Why do People Confuse Hemp with Marijuana?

Judging from the information above, it’s pretty clear that marijuana and hemp are different things and are not interchangeable terms. So why do people confuse one for another?

Hemp and marijuana both come from the cannabis plant

Cannabis sativa is the most common type of cannabis plant and is what the majority of people mean when they generally say “the cannabis plant.”

This strain of cannabis grows naturally around different parts of the world from Central America to Asia. Sativa plants grow tall, reaching as high as four meters.

Cannabis indica thrives in arid and mountainous regions like Afghanistan and India. Indicas look like tiny Christmas trees and have more bushes than the sativa plant.

Found in the northern hemisphere, cannabis ruderalis can survive in harsh environments. It’s small and hard compared to the indica and sativa. People utilized the ruderalis for nutrition and fibers.

These three types of the cannabis plants were bred together, which makes distinguishing hemp and marijuana that much more difficult.

In essence, recreational and medical marijuana contain the sativa and indica plants, while hemp is a subtype of the cannabis sativa.

They have identical appearances

Visually, hemp and marijuana are difficult to differentiate from one another. Because they are so closely related, it can be hard to tell whether a person is carrying recreational marijuana or a hemp-derived product.

There were numerous instances where police officers mistook legal hemp for illegal possession of marijuana, which led to arrests.

4 Key Differences Between Hemp and Marijuana

Although they look the same, there are four key differences between hemp and marijuana. These differences can make the distinction clearer.

Hemp and marijuana both contain cannabinoids, the active chemical compound in cannabis plants. The difference lies in how much cannabinoids they contain.

Hemp contains less than 0.3% THC, which is why it’s considered legal in some states. Marijuana, on the other hand, contains at least 5% THC. Specific strains of marijuana can have as much as 30% of THC, which makes it very potent.

On the other hand, marijuana contains less than 1% of CBD while hemp has much more.

Those who cultivate marijuana plants are very selective and take note of each of its life cycle. They monitor the temperature, lighting, and humidity of its surroundings, which is why marijuana is best planted indoors.

Hemp that is grown outdoors is susceptible to the elements and insects so planters use a technique called crop rotation. Crop rotation is altering crops planted in the same place to avoid buildup of harmful bacteria and to allow the land rejuvenate.

The law regulates hemp and marijuana differently because of their levels of THC. Although hemp was considered illegal under the Controlled Substance Act of 1970, it became legal again under the Agricultural Improvement Act of 2018.

This federally legalized hemp-derived products as long as they contain no more than 0.3% THC.

Because marijuana contains at least 5% THC, it is still federally illegal under the Controlled Substance Act. However, each state has its own laws regarding marijuana. Some allow for medical use while others are more lenient and allow the usage of high-THC marijuana for recreation.

Grown specifically for different purposes, there is one more key difference between hemp and marijuana: application.

Marijuana has potential for therapeutic applications despite its popularity for recreational use. Hemp is more versatile compared to marijuana because it can produce clothing, paper, plastic, and other building materials.

Some food products also use hemp-derived components. Common food ingredients like cooking oil are made of hemp.

Both components of the cannabis plant can be turned into oil products.

Hemp oil is high in CBD but low in THC. There are no psychoactive effects from this oil but you can still benefit from CBD.

Hempseed oil contains more than just CBD. It also has a balance of omega 6 and omega 3 fatty acids. Our bodies use these types of fats to function properly.

After extracting the buds with a solvent, you get cannabis oil. This process is time-consuming but the benefits are worth it. It contains high levels of THC and low levels of CBD, but it contains other beneficial cannabinoids in marijuana.

To get the best of its health benefits, you need to invest in high-quality buds and a good solvent.

It takes more than a simple glance to differentiate these two related compounds. Scientists are claiming the beneficial usage of both hemp and marijuana but we still need more research to be sure that risks like substance abuse won’t do more harm than good.

Neither are intended to diagnose, treat, or cure diseases. They must be treated as supplements, not medication.

Tags: CBD 101Difference between Hemp and MarijuanaHemp vs marijuana 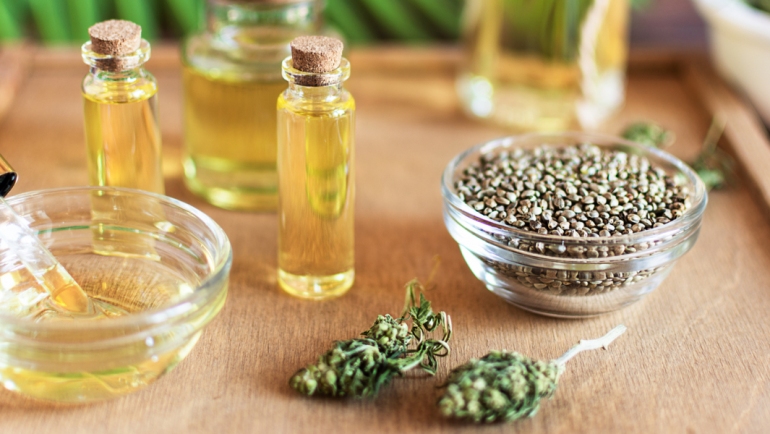 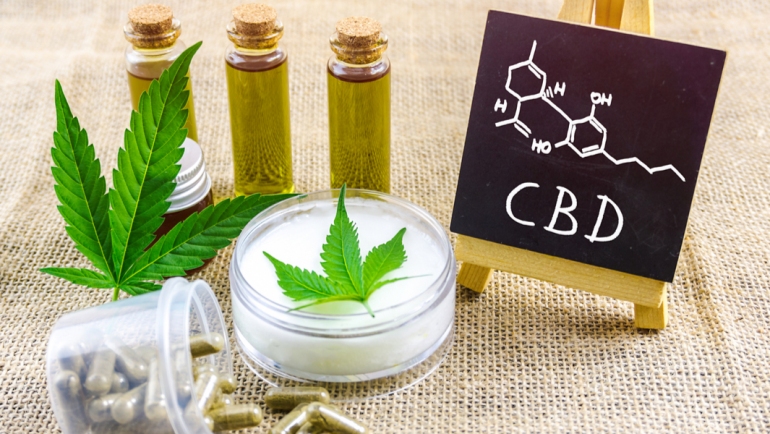 Best Ways to Use CBD Oil 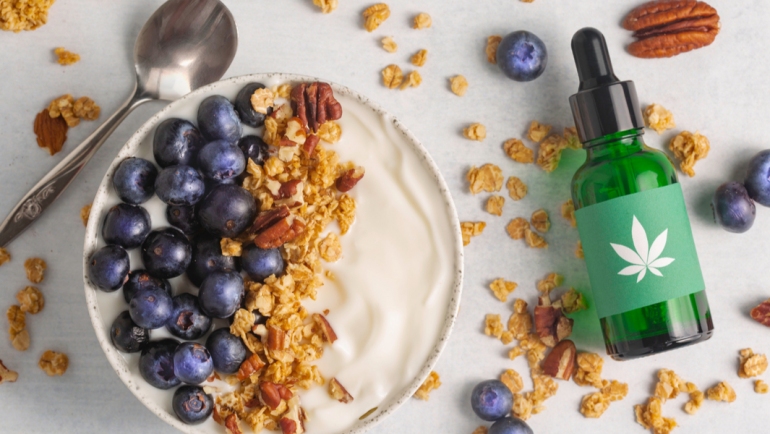